This does not apply to PvE dungeons, only PvP loot!

Do not combat loot, wait until the fighting is over before you loot!

Example:
There are 6 people in a group and their loot is below.
Bidding starts at 50,000 silver. (Half the market value)
Let's say JIM wins the bidding at 50k
JIM becomes party leader and would pay the other 5 members 10,000 silver each via a trade.
JIM would kick people from the party as he pays them to ensure no double payment.
JIM would then take the loot! (and probably sell it for a 2x profit!) 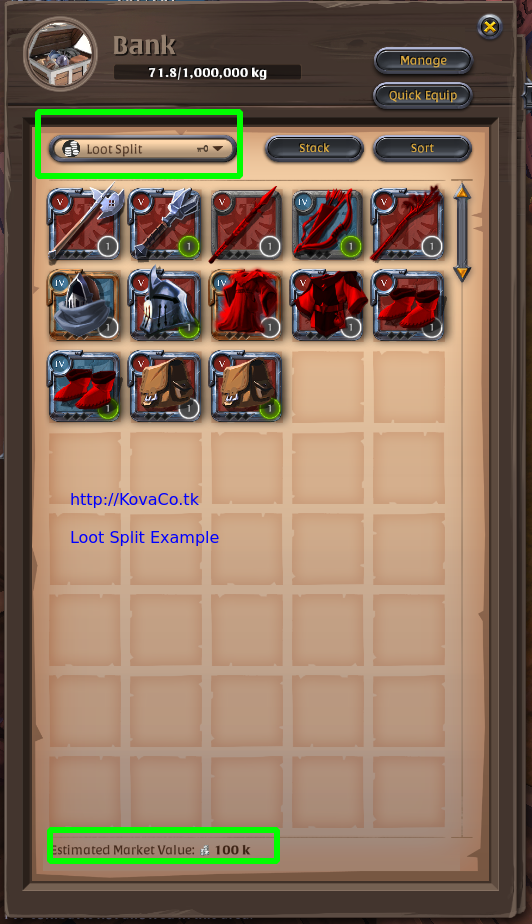